The Complete Story Behind Grass-Fed Milk 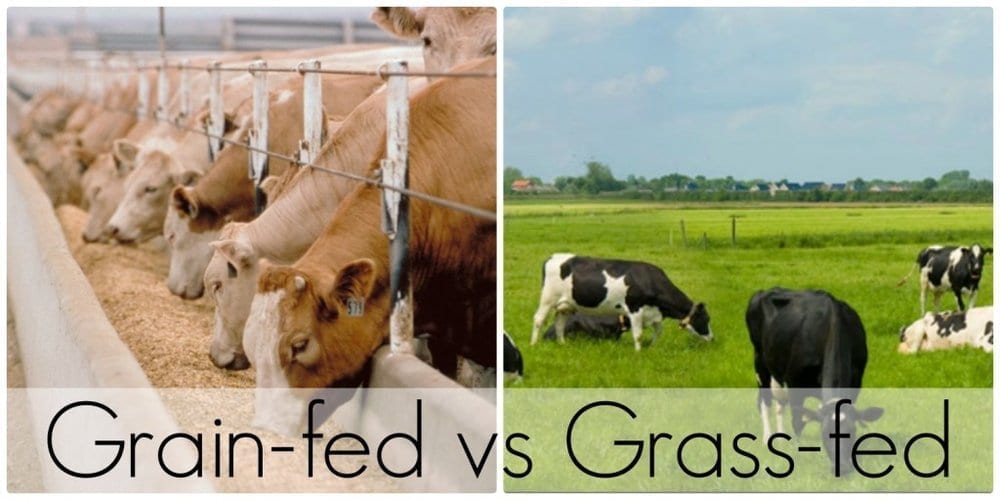 What is Grass-fed Milk? The term “Grass-fed” has become well-known and people generally know that it’s more nutritious (and expensive $$) than regular milk. The same applies to whey protein, after all, it is a byproduct of milk. But what exactly is the difference that makes grass-fed milk seem so much more luxurious? First, we need to know the chemical composition of milk.

What is in milk?

Before we can dive into the topic of grass-fed milk, let’s talk about the composition of milk. Generally, milk is divided into 4 components, lipids, proteins, minerals and vitamins. Lipids like triglycerides make up around 4% of milk. Whereas proteins consist of casein protein(2.8%) and whey protein(0.6%). Non-proteinogenic nitrogens like creatine make up to 0.2% of milk[1]. Meanwhile, minerals and vitamins in milk make it one of the most micro-nutrient-dense foods that comes in liquid form. Obviously, all this varies with what the cows are fed.

Traditionally, outdoor grazing was the norm of dairy farming. However people sought ways to improve the quantity and cost-effectiveness of milk production. Hence, indoor feeding systems using total mixed ration (TMR) diets appeared for the first time. To this day, these systems are prevalent in Europe and North America. However, some countries like Ireland and New Zealand retain their outdoor agriculture tradition as the environment favors such practice. In fact, these two places produce the best grass-fed milk in my opinion, owing to their geological advantage.

TMR uses a mixture typically consisting of plant material (silage), grains, protein feeds, vitamins, minerals and additives. Here is a great article for more info [2]. Whereas “Grass-fed” simply means that the cows are free to roam in a pasture (there are also different types such as white clover and ryegrass). It is important to note that organic doesn’t mean that they are necessarily grass-fed. TMR diets can also be organic (though depending on the country, for example in the US they might feed them GMO corn).

Apart from the feed, the indoor system creates a controlled environment as well. Cows with similar characteristics are grouped together and fed with specifically formulated diets, which increases cost-effectiveness (to put it bluntly maximize profit). Moreover, these cows are typically cramped together in confined spaces called CAFOs (Concentrated Animal Feeding Operations), which are very nasty places without much time outside (sounds like quarantine).This creates a higher risk of group infection and subsequent antibiotic use.

Last but not least, a greater environmental impact is implicated in indoor systems. Increased use of concentrate feeds make cows produce more gas! And the subsequent longer manure storage period in such systems means that gas is produced more during that time-frame [1].

Thanks to the higher starch and lower fibre content, TMR systems produce a different milk lipid profile. For one, there is a reduced overall fat content in milk, which at first may sound like a good thing, but there’s actually a catch. This results in an increased risk of subacute ruminal acidosis, a digestive disorder caused by a high starch diet, predisposing the animal to other diseases. However, overall this does increase milk production as the food in TMR contains a lot more energy.

Apart from genetic differences between cows, the feeding system also plays a huge role in the protein synthesis of milk. And in addition to the nutrients cows take in, their digestive system also undergoes changes such as acidity levels. But essentially here are the differences.

Amino acids such as lysine and methionine were found to be higher in grass-fed cow’s rumen (part of the digestive tract) than that in TMR cows. This leads to a better amino acid profile and hence protein quality than their TMR counterparts. But what’s interesting is that since there are more fermentable starch in TMR diets, cows have more energy to produce milk. Hence there is usually higher milk yield than pasture systems, which also explains why grass-fed milk is so expensive!

A number of bioactive proteins exist in milk and pasture feeding improves the whey proportion in milk, particularly alpha-lactalbumin, beta-lactoglobulin, lactoferrin and lysozyme[3].

These changes would also bring about physical changes of milk such as better heat stability, grassier-smell and easier processability.

However it is important to note that the quality of the pasture affects milk production dramatically, and in some cases may be inferior to TMR diets.

As you’ve probably guessed, fresh pasture delivers more vitamins and antioxidants including beta carotene, terpenes, phytol and vitamins A and E [4]. This is most likely due to antioxidants being “fresher” and hence degrade less. Typically, dietary consumption of fat soluble nutrients directly affects the concentration of those in milk. Whereas water solubles like vitamin B12 are more affected by other factors such as cow breed.

In the case of minerals, it can vary greatly depending on cow breed, soil condition of where the feed was grown and mineral supplementation in TMRs [5]. So we can’t really compare between the feeding systems in this regard, but generally speaking farmers would make sure minerals reach a certain concentration.

Since TMR diets deliver more energy (due to more starch in their diets), cows typically produce more lactose than grass-fed milk [6]. (Good news for you lactose intolerant lads out there!) However other factors like season and lactation stage do seem to affect lactose content as well.

The Bottom Line For Grass-Fed Milk

There are differences between grass-fed and conventional milk, but how that translates into human health will require more research. Grass-fed milk is definitely more expensive, but considering how hard it is to find healthy foods nowadays, why not give it a try when you come across it? Also, be sure to check where the milk comes from.